Fracking is back in the news with the announcement that Ineos, the owners of the Grangemouth plant, has £640 million plans for shale gas exploration and appraisal. It already has two licences for extracting from under the ground near its Grangemouth refinery, but is applying for more in Scotland and the north of England.

Ineos is facing strong community protests on the grounds that the techniques are unproven and risky. Others argue that Scotland should be focusing on clean energy rather than fossil fuels.

A coalition led by Concerned Communities of Falkirk (CCoF) and Friends Of The Earth Scotland, including the trade union UNISON, are demanding a moratorium on unconventional gas development in Scotland, saying risks to public health, staff and the environment are “impossible to regulate away.” 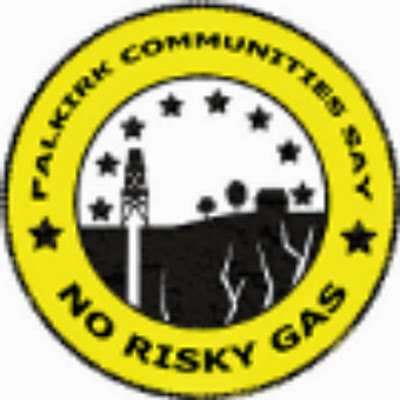 Top scientists have also warned that fracking will not stop ­climate change and could lead to 11% higher greenhouse gas emissions by 2050. They identify a possible scenario that the boom in shale gas may have no effect on carbon dioxide pouring into the atmosphere over the long term. Five computer models assessing the impact on global warming projected that, despite natural gas consumption increasing by up to 170 per cent by 2050, changes in CO2 emissions would range from a 2 per cent reduction to an 11 per cent increase.

Ineos is offering the prospect of cash for land owners and communities. In addition they are banking on the Scottish Government not opposing the exploitation of unconventional gas. It looks as if they might get their way because the Scottish Government has avoided opposing this extraction in principle. They have sought to distract attention from this position by campaigning for devolution of the reserved powers over exploration. Ineos might attract more support if they had better industrial relations and paid their taxes in the UK rather than dodging them by registering in Switzerland

A Survation poll commissioned by the Scottish Greens, found 66.1 per cent said controls on shale oil and gas exploration should come to Scotland, with 18.2 per cent believing they should stay with the UK Government. Many submissions to the Smith Commission have also argued for this

So while there is a consensus on devolution, the Scottish Government already has planning powers that could end the prospect of fracking in Scotland now. They have used these powers to stop new nuclear power stations, but not fracking. Simply put, Ineos are making this level of investment because they are confident that the Scottish Government is not going to stand in their way.