In a developed country like Scotland we take water from the tap and the disposal of wastewater for granted. In developing nations the responsibility for collecting water every day falls disproportionately on women and girls. On average women in these regions spend 25% of their day collecting water for their families. This is time not spent earning an income, caring for family or attending school.

Here is just one of many scary statistics about water. To produce two steaks you nee 15,000 litres of water. By 2050, agriculture will need to produce 60% more food globally, and 100% more in developing countries.

In Europe a year has passed since the so-called 'positive' response from the European Commission to the first successful European Citizens' Initiative (ECI), but there has been little action. Nearly two million citizens who supported the Initiative are waiting for the European Commission to implement the Human Right to Water in the EU, and to stop its water commodification and privatisation agenda. The European Parliament is debating its opinion about the Initiative and the human right to water, which will be voted in the Plenary in July this year. European trade unions and others will be demonstrating in Brussels on Monday to call upon the EU to take action.

In Scotland, we are very fortunate to have a public water service. Scottish Water has around 5 million customers in 2.45 million households. 1.3 billion litres of water is provided every day and 842 million litres of waste water is taken away and treated before being returned to the rivers and seas. It has to cover an area of over 30,000 square miles, a third of the area of Britain. And Scotland has a longer coastline – over 6,800 miles – with a small and relatively dispersed population which requires a large number of small water and waste water treatment works. Despite these unique challenges, we pay lower charges than the average for the privatised industry in England. That's what public service can achieve through lower borrowing costs, vital to a capital intensive industry, and of course no profits filtered off to shareholders.

Across Europe, towns and cities are taking back their water services from the big corporations, recognising as we do the benefits of public ownership. However, we can't afford any complacency. The sharks would love to get their hands on Scottish Water. There remains an active lobby to privatise Scottish Water, even if they try and hide behind Trojan horses like Public Interest Companies or cooperatives.

Scottish Water has already privatised almost all of its capital programme and the Scottish Government is considering handing over the contract for public sector water to an English private water company. The direct consequence of the absurd introduction of competition for non-domestic services.

The regulatory system in Scotland seeks to mirror the English system, designed for a privatised system not a public service. Scarce resources are wasted maintaining these arrangements that do nothing for service delivery and encourage short term cost cutting that could put safety at risk.

In 2012 the Scottish Government launched a positive initiative – Hydro Nation. It set out a vision for Scotland's water that recognised a wet country has amazing potential in a world where water will increasingly be a scare resource. Sadly, the initiative was watered down (intentional pun!) and the grand vision has not been realised. The idea was right, even if the delivery has been poor.

Scotland needs a more democratically accountable water structure. One that builds on the public service ethos and takes full advantage of one of Scotland's greatest assets. On World Water Day let's be thankful we have a high quality public water service, but also recognise that we can do better. 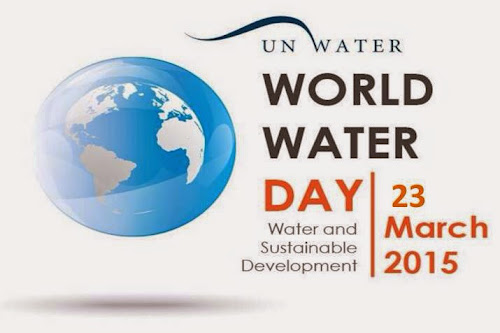