Pre-payment energy meters are being used to mask the real levels of fuel poverty in the UK.

An investigation by BBC 5 Live has highlighted that more than half a million pre-payment energy meters have been forcibly installed in people's homes over the last six years. Energy suppliers can gain a court order to install a pre-pay meter when customers run up debt.

Citizens Advice said pre-pay customers got a “raw deal”, paying £80 a year more on average than direct debit customers. Audrey Gallacher of Citizens Advice, described the figures as “concerning”, but “not a big surprise”, and said that an increasing number of people had contacted the organisation complaining of problems with the devices. “Pre-payment meter customers can't take advantage of the competitive energy market,” she added. “Many people become trapped on them and can't get a better deal.”

Energy watchdog Ofgem said it would be “looking into reasons behind the increase in the number of PPMs installed for non-payment of debt on a warrant visit. Suppliers can only install a pre-payment meter where it is safe and reasonably practical for the consumer to use”. However, we won't be holding our breath on this. Ofgem investigations often last for years and rarely deliver a significant outcome.

This evidence adds to recent research by the Debt Advisory Centre, that found 4.7 million people are regularly cut-off from pre-paid electricity, and one in 10 have arrears on their water, gas or electricity accounts. A quarter of British people say they rely on expensive pre-pay meters, due to previous struggles with bills, or because they need help to manage their energy spend.

More than four million people in the UK say that they often cannot afford to top up their gas meters. Of these, 18% say they are cut-off from their gas meter every few months, while as many as 7% lose their gas supply at least once a week because they can’t afford to top-up the energy key.

Earlier this year an analysis from the House of Commons library showed that the average household’s annual energy bill is now £260 more than it was in 2010. Electricity and gas bills for the poorest households rose by 40 per cent and 53 per cent in cash terms between 2010 and 2013.

Sadly, action on fuel poverty is unlikely to feature in tomorrow's Queen's speech. A manifesto survey by Energy Action Scotland, supported by UNISON Scotland, showed a limited range of actions being proposed by the political parties. Considerably short of the radical steps required to eradicate fuel poverty. The Housing (Scotland) Act 2001 created a statutory duty to ensure, so far as is reasonably practicable, that people are not living in fuel poverty in Scotland by November 2016.

One of the reasons fuel poverty is a low priority is because cold houses are being masked by expensive pre-payment meters. At the very least pre-payment should be the lowest, not the highest tariff. 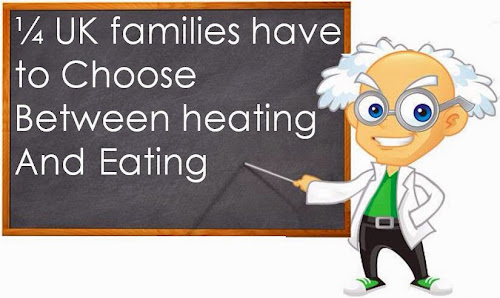