Scottish Utilities and the EU

Like so many aspects of our economic life, the EU is an integral part of our energy and water systems. That’s why almost everyone you meet in the industry will be voting Remain on Thursday. They are joined by most environmental campaigners, in a rare alliance. Why? Because in an interconnected world, both groups recognise that action at the level of the nation state is no longer enough.

It is not well known that the UK imports around 6% of its electricity through undersea cables linking it to the European mainland. Some of this electricity will even reach Scotland, as we increasingly rely on our interconnector with England when the wind isn’t blowing. Such interconnectors would be possible outside the EU, but wouldn’t be priority for other states. Being connected to Europe’s energy networks is also an important element of energy security in an unstable world.

Having an EU energy policy does involve some sharing of sovereignty. Britain has had a significant influence on that policy. Admittedly not always positive, such as liberalising EU energy markets, but more positively in the shift from fossil fuels to renewables. I would argue that British sovereignty in respect of energy and climate change policy has been expanded, not diminished, by EU membership. And in the language of Brexit, they’re not “imposed” by “Brussels”. They are subject to voting and a range of checks and balances. In addition, the UK has flexibility on how policies are implemented.

Renewables and energy efficiency rely heavily on new technologies. The EU offers a larger market and harnesses economies of scale so that products are cheaper. They are also developed to similar standards and regulations, making it easier for companies to trade and create jobs.

If we vote for Brexit on Thursday the UK will either exist in an energy isolation that is both more expensive and less secure, or it will be a second-tier member of that market, bound to accept the rules made by EU members but having no influence over how they are agreed.

There could also be an impact on energy bills. I am a bit sceptical about the suspiciously round number of £500m a year claimed by the energy secretary, but the basic premise is sound. Her claim was based on a report, commissioned by National Grid, which found that leaving the EU, and exiting the internal energy market, could cost consumers £500m or more each year. This is the equivalent of £20 per household – or about a third less when business consumption is taken into account.

The arguments against Brexit are confirmed in a survey of industry professionals by the Energy Institute. On eight out of nine issues, from supporting renewable energy to improving energy efficiency – the majority of respondents said leaving the EU but remaining in the single energy market would have a “negative” or “very negative” effect on Britain’s energy system. Supporting innovation and research was the issue for which the most respondents thought Brexit would be detrimental, followed by addressing climate change and sustainability.

Energy Institute president professor Jim Skea said: “An overwhelming majority of contributors to the Barometer foresee negative effects on the UK energy system in the event that the UK were to leave the EU. In terms of securing energy supplies, renewable energy development, climate change and sustainability, and air quality, about four times as many respondents anticipate negative effects.”

There are similar arguments in relation to water, an industry that has benefited from common regulatory standards. Those who support Brexit often point to the constraints of such regulation. This reminds me of the ‘Yes Minister’ sausages episode, when EU regulation demanded that sausages should actually contain some meat! Wastewater regulations that limit the pouring of raw sewage into the sea, ruining our beaches, are a definite plus for me.

The seriousness of water-related problems is recognised in the EU, in a way that simply wasn’t the case before. So is the need for better ways to manage 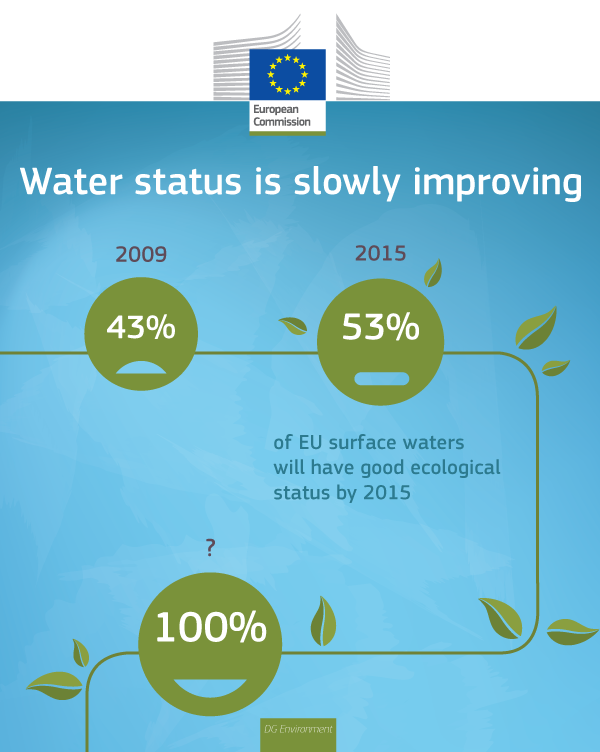 water resources and the water environment. Heavy fines for polluters are supported. These measures and more are made possible by EU water policy. Yes, we could do these things outside the EU, but the fact is we didn’t.

In summary, for Scottish utilities the EU has been largely positive and Brexit could result in lower standards, higher costs and put energy supply at risk. That’s why the industry and those who watch it, support Remain.